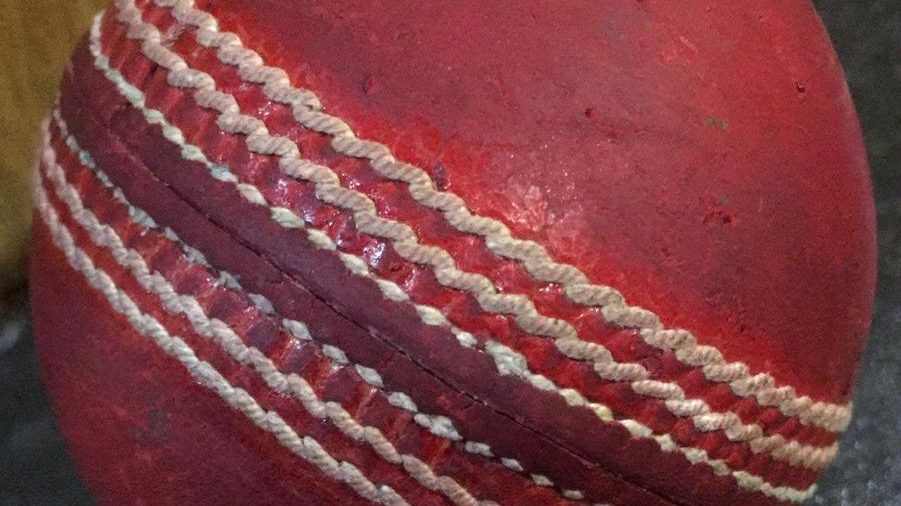 Some people judge a project or a match on just the results whilst some judge it on effort and the journey – how we got there. This week, the U15Bs won 2 games quite convincingly but also lost a semifinal to a very strong Tutbury U15. However, when we look at the loss later, you’ll see that our players put in their very best and in all, our 2nd loss of the season wasn’t much of a loss at all.

Let’s rewind back to Monday 12th July and when the heatwave wasn’t here. A murky Streetly saw several U13s and U14s play for us due to isolations and holidays. We won the toss and chose to bat. Soon we were reeling at 20-3. A brief yet vital comeback of 10 by Roman Majithia was followed by another few wickets, Walmley in disarray at 43-6. Enter the Y8s of Arjuna Rao and Salaar Sameem, both forging an excellent 66 run partnership before Salaar was bowled for 24. Rayhan Ahmed hit a four to round off a decent total of 124-7, largely thanks to Arjuna’s dogged 29 and Streetly’s 45 extras.

We had a dream start as Salaar drew first blood in the 2nd over’s last ball. His fellow opening bowler Adi Muthukumar struck a ball later and took another one in the 5th over with a searing yorker. Rain then came to the party, a mild shower halting play. We all got back out onto the field and just as the bowler was ready to go, it got worse. We finally got going after a frustrating delay and Corey Mountney immediately had a wicket courtesy a quite spectacular catch from Kian, diving away to the right to pull off a fantastic catch. From there on, Streetly were always up against it as Amy Carey dismissed 3 batsmen and debutant Rayhan Ahmed struck twice. Walmley started the week well with a solid 32 run win, following up from the previous win against them.

The next stop was the village of Whittington (where we had won last time) where captain Michael Shackleford returned. Harry Wyatt was superb, notching 42 from 30 balls with 7 fours and 1 six. From the other end, Tom Hanlon made 16 before being caught by skipper Josh Butler off the bowling of leggie Rohin Talafair. Kian Eratne came in and stayed till the end. Josh Chagar made 14 as Walmley finished on 137-4 after their 20 overs. In reply, Toby Dennis hit a four first ball but Reuben Majithia hit back, picking up the other opener Jack Wadlow-Smith in the next over. A quiet passage of play was followed by Ben Patterson being run out. Our spinners then came to the fore as Rayhan Ahmed continued to impress, being involved in a caught and bowled of Whittington’s captain for nought and Arjuna Rao had Toby caught and also bowled Matthew Tooley. Rayhan bagged 2 more wickets whilst Josh Chagar, Salaar Saleem and Amy Carey snapped up one apiece, Walmley continuing to have the wood over Whittington by a convincing 42 runs.

The Burton Cup semifinal against Tutbury was rescheduled to Friday after the rain last Tuesday. Coming off a loss against them and considering the strength of the opponents, we were glad that most of our main squad was back. After winning the toss and electing to bat, Walmley were pegged back by Saif Ashfaq picking up 2 early wickets. After a short stable period, Devin Fernando got Reiss Chagar out and a leading-edge saw captain Michael Shackleford dismissed. Tutbury’s disciplined bowling meant Walmley ended up with just 69 all out, a below-par target.

Despite not having much to defend, playing for the first time this season, Edward Bickley was on point right from the outset and gave the openers nothing. Along with Corey Mountney, Edward conceded just 6 runs in his 4 overs, including a maiden. A few fours by Lysander Schubert-Hobbs got Tutbury closer to the target. Reiss came on and immediately dismissed both the openers. There were a few tense moments as Tutbury were within touching distance of the target as Yousaf Akhtar was caught behind (after attempting some inventive shots) and a pinpoint throw by Edward had Oliver Stretch run out. Devin picked up the winning runs and took Tutbury through to the final. They will play Walmley’s U14As on Tuesday 27th July at Eldon Drive. In the end it was a 7 wicket loss however as the captain’s dad put it, to make a strong opposition to take 15 overs to chase down 70 is a proud feat and exemplifies how well we bowled.