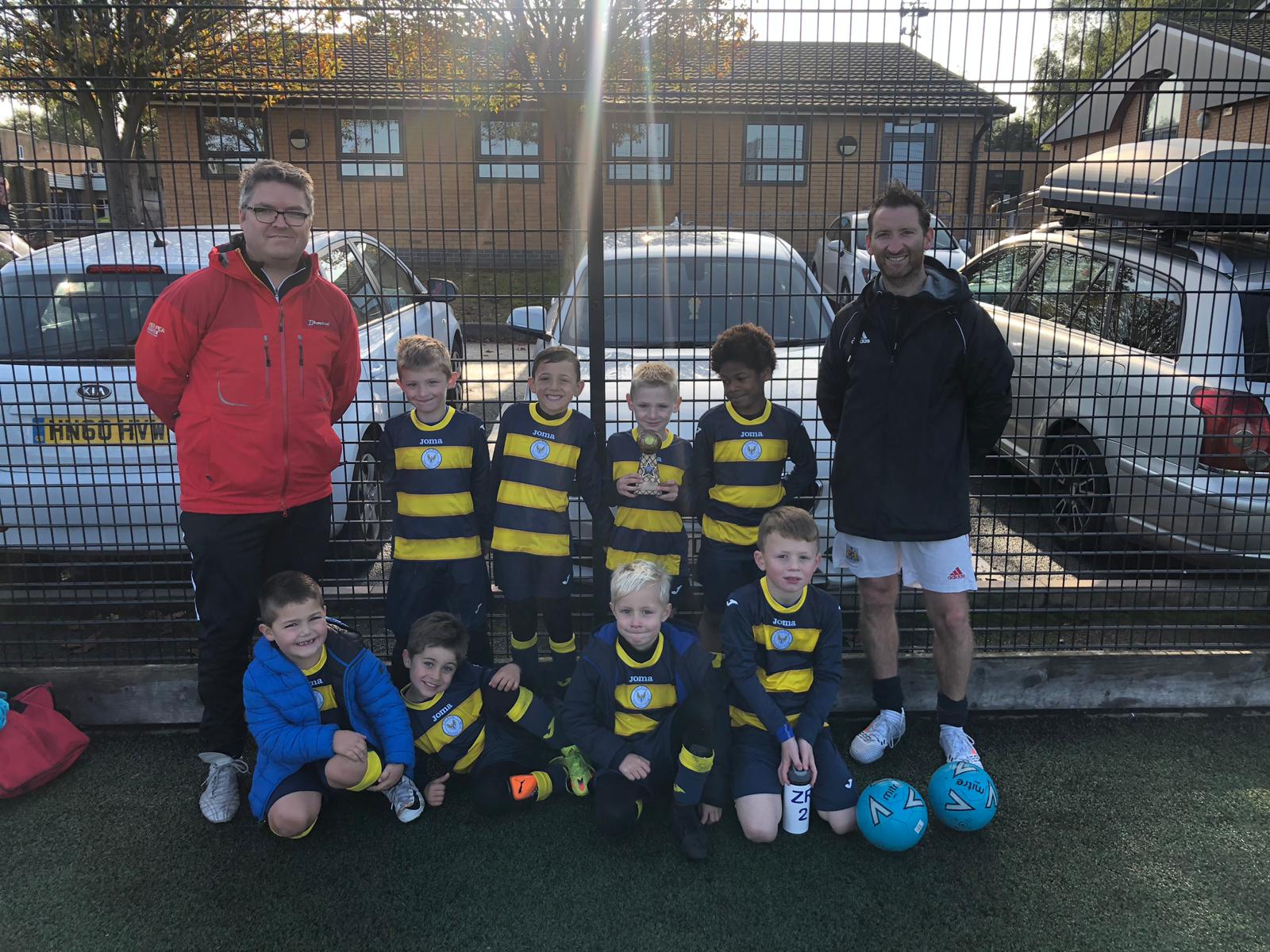 An all-round Zac captaincy. This time Zac R’s turn, and this game starts with Zac R, Fisayo, Kyrie, Jake and Cohen in goal.

Zac R started the game with an early sneak up on goal when everyone was off guard but no joy this time.

This game continued with a lot of pressure from Holy Name and many shots towards goal as soon as they received the ball. Cohen was energetic and strongly spirited in goal and made heroic saves in the opening 5 minutes when the balls were being smashed at him from every direction.

A Holy Name parent then screamed from the sideline “Get that big kid” but Zac battled through with power and was a force to be reckoned with to hit the back of the net. Sorry Holy Name you were never catching the big kid on this occasion!

The pressure was then reapplied to Jake and Cohen who worked effortlessly as a team to defend constant harassment from Holy Name.

Then came our downfall again Zac R had a clear run on to goal when another ball entered the field, messing up his clear chance at a goal. The stray balls continued again and again and occasionally the odd player too, after a few words from Natalie and the Referee the players sat still (maybe they needed a bench too!).

Holy Name continued with their pressure and they blocked much of Colron’s efforts. Fisayo battled tirelessly but was always hit with a wall of players.

Kyrie stuck to his halfway position and tried on many occasions to intercept the ball and head to goal but Colron’s luck was drifting away today as Holy Name were a strong team.

Fisayo got a rare throw on of this game but he made it count straight to Zac R and in it goes (Blink and you would have missed it) another goal for Colron. And just in case I didn’t see it Zac informed me it was from his outside foot.

Fisayo made a great block just before the half time whistle was blown.

Half Time sees Zak A, Conner and Ollie on and Kyrie, Fisayo, and Cohen off. Zac R and Jake stay on.

The game starts quick and Holy Name made a substitute at half time for a player who was just about to start to upset Colron. Jake continues to keep the balls at bay for a while but Holy Name’s No5 was a machine and battled through and with a scramble in goal a goal was conceded.

The pressure continued and a goal was rocketed at Ollie but was saved by a ninja-like response by Ollie feet.

Zak A made a breakthrough run but was tackled before the end and a corner received.

The pressure was reapplied, and another 2 goals conceded. Colron’s heads were down and Zac R’s legs were tired.

The defence of Jake and Ollie battled to the whistle and made good clears and saves between them. Another goal was conceded, and the game ended in a defeat. Conner completed some good tackles on the left side with many being forced out of play by Holy Name.

Holy Name were a good side. The first half showed drive but the second half it wasn’t meant to be Colron. Train hard Thursday, remembering to pass to each other.

Cohen was awarded player of the match and rightfully so as his performance in goal was epic.

See you all next week same place where we take on Sedgley at 10am. (A slightly later kick off so an extra hour in bed!)