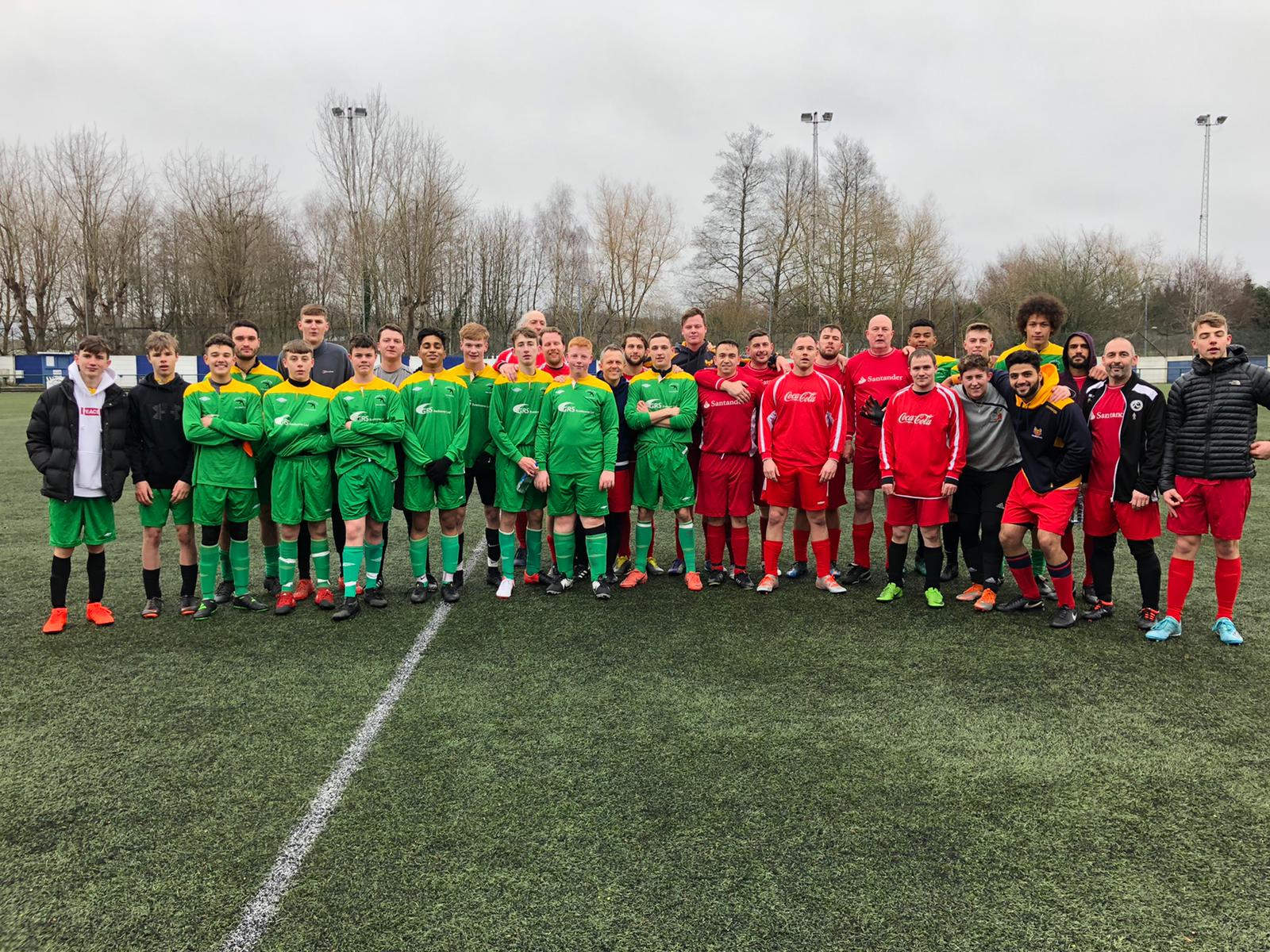 With the over-shopping, over-eating and Queen’s speech out of the way, it was time for the true meaning of Christmas – the traditional Walmley CC Boxing Day football match.

32 players braved the blustery, but thankfully dry, conditions and were evenly split into squads of 16 made up of Under 23s and Over 23s.

The ‘Unders’, looking for revenge for a 6-2 drubbing last year, started strongly and were much better organised than their performance 12 months ago. They claimed most of the chances and most of the possession but didn’t look like converting any of that into goals. At the end of the first third (we were playing 3 x 25 minute periods), there was no score.

Player rotation saw both sides change considerably for the second period. The ‘Unders’ threatened more but the ‘Overs’ also started to look more dangerous coming forward. A move down the right saw a decent cross that found Kiefer Woods in front of goal and slot the ball away tidily and another cross from the right cannoned off Matt Willetts into his own goal.

Kyle Patterson played superbly for the ‘Overs’ and his hard work was rewarded with a goal back in reply. Superb goalkeeping was on display for both sides but one particular double save from Ollie Lowe for the ‘Overs’ was sensational. The score at the end of the second period was 2-1 to the ‘Unders’.

The ‘Overs’ rotated again for period three, sacrificing some of their stronger performers (to ensure that all players got two full periods) but the ‘Unders’ played several of their better players for the whole match. In my opinion, not in the spirit of the game but within their rights. The ‘Overs’ huffed and puffed (quite literally most of the time) but, despite some very good opportunities, failed to find the finish to draw level.

A penalty meant another goal for Kiefer Woods from the spot and the ‘Unders’ remained mostly untroubled to play out a convincing 3-1 win.

On top of those already mentioned, good performances from Darren Yeates and Jon Newis for the ‘Overs’ and Rob Hutchings and James Bristow for the ‘Unders’.

Massive thanks to Martin Hoffman who took up the refereeing duties in spite of a bit of a hangover and to the considerable numbers of spectators who turned out to watch.