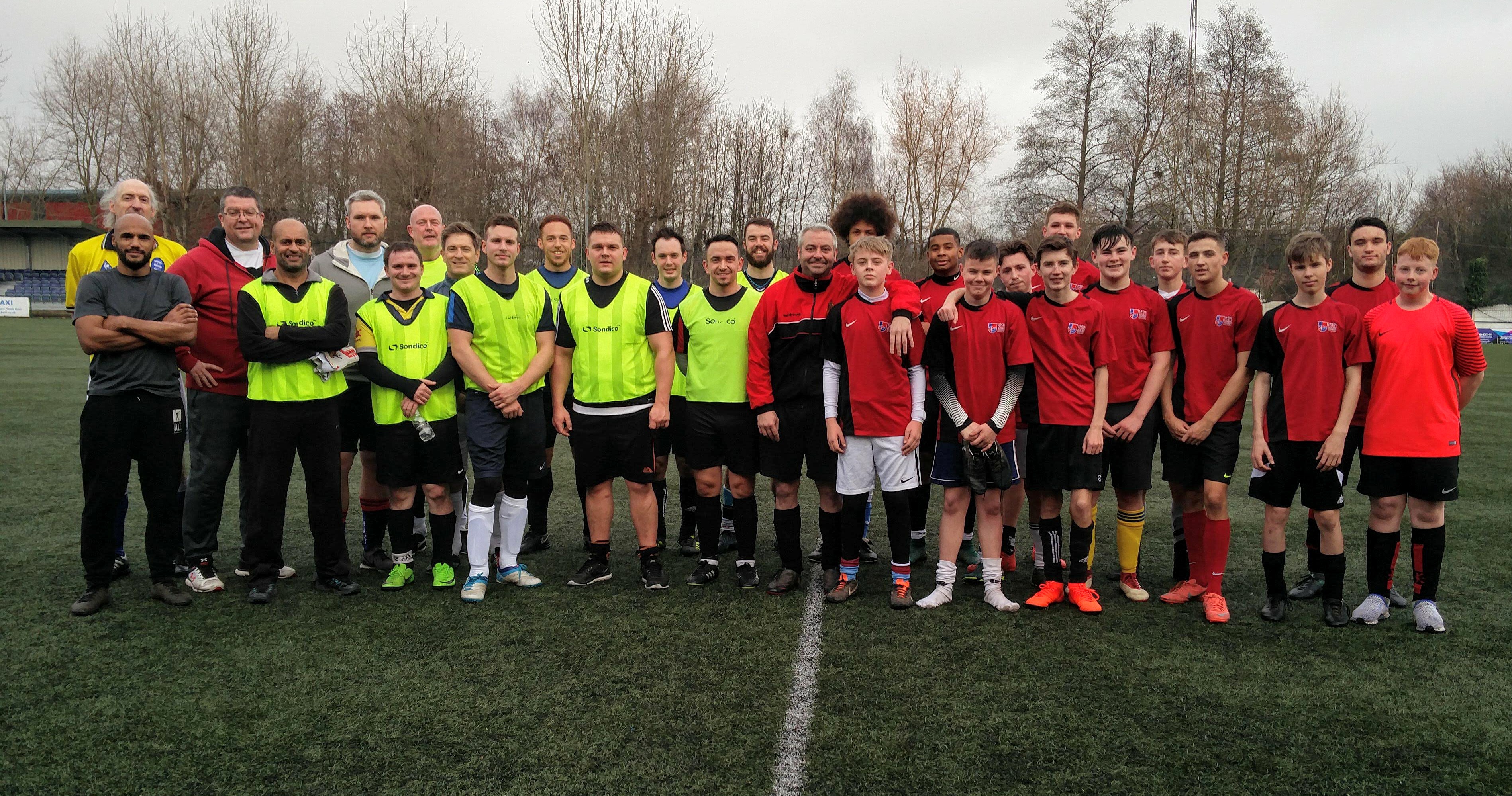 On a mild morning after the day before, we gathered at the home of Sutton Town, Coles Lane, for the annual traditional Walmley CC Boxing Day football fixture. This used to be Over 25s v Under 25s but, as the club membership has got younger, the threshold has got lower with it being around the age of 21 this year.

Shortage of numbers this year meant that the ‘Overs’ had several guest players and, in fairness, it was these that probably made the difference.

Three 20 minute periods was the format.

The ‘Unders’ started strongly but the ‘Overs’ were not to be panicked and gradually played themselves into the game. Strong work down the left flank from Perry and Doc led to a defence splitting pass leaving Tommy Gregory (guest player) through to a one-on-one with the keeper. Henry didn’t fancy trusting the keeper with saving it so yanked Tommy down. Tommy picked himself up to slot home the penalty.

Gradually, the ‘Overs’ gained control. Some good play by Rob, Clark, Jacob and Jay for the ‘Unders’ didn’t really get them anywhere as they seemed unable to find the final ball or a decent finish. As we went into the final period, the ‘Overs’ had stretched their lead to 3-0.

A back pass from Ryan Buckley proved that goalkeeper Onkar Chagar’s left leg was purely decorative and gifted a goal to the ‘Unders’. However, the ‘Overs’ replied almost immediately and scored twice more before another consolation for the ‘Unders’.

Exceptional performances for the ‘Overs’ from Darren Yeates, Kyle Wells and the Gregory brothers. Apart from those mentioned previously, James and Alex showed some real quality for the ‘Unders’.

Thanks to all that turned out to play, watch and a special thank you to Martin Hoffman for the thankless task of refereeing.