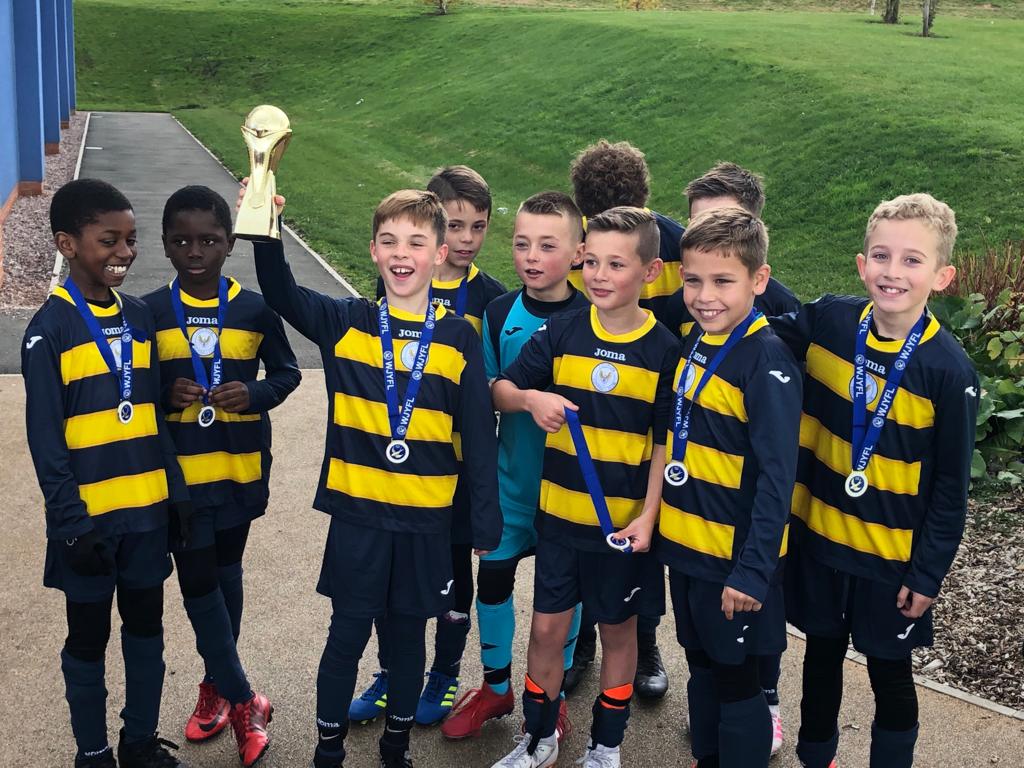 Colron Boys U10s beat Brewood FC 5v3 in the semi-finals after being 4v0 up early on in the game. We made some changes to rest for the final which nearly backfired as we conceded 3 sloppy goals in as many minutes but we scored a 5th goal to make it a more comfortable last couple of minutes.

In the final, we played Old Wulfs North. The game somehow finished 1v1 after we dominated the 2nd half and should have scored at least a couple of goals but the game went straight to penalties with no extra time.

Lenny, Thomas and Ollie successfully scored our 3 penalties where one of their boys missed their first penalty and we won the trophy on penalties.

Very proud of all the boys who have continued their great form from last season and won the first trophy of the new season.