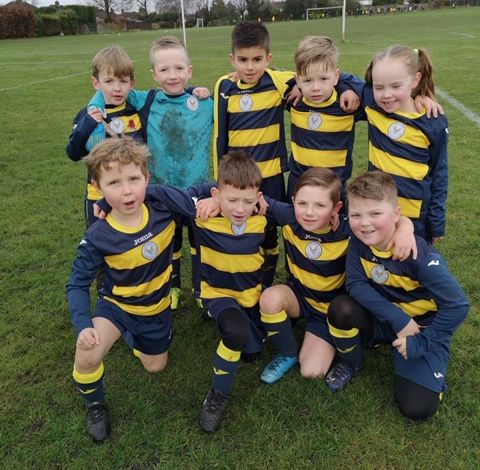 A comfortable win for Colron Yellows after a slow start, a few weeks not playing certainly showing.

With lots of position the deadlock was final broken after a string of chances from Zaine / Ruben and Charlie but it was Henry who found the back of the net after some good passing play. Olton got one back to level at the break with a well taken goal.

The second 20 was time for the team to dig in and take control, lots of possession and attacking play paid off with further goals from Ruben, Charlie and a second from Henry put the game out of sight.

Joe F was named player of the match for a first half solid outfield performance and a second half of safe handling and great distribution from the goal keeper position.