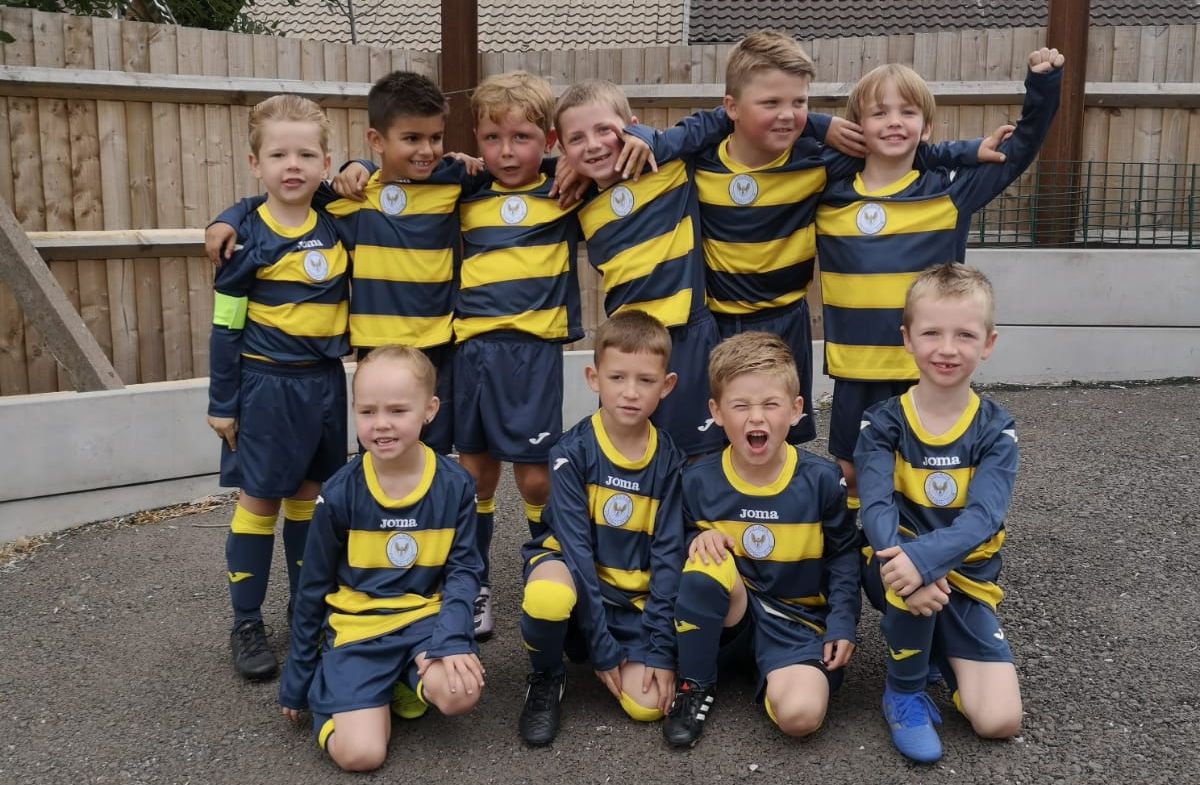 It’s Game 2 of the season and a second successive away game sees Colron Yellows play Boldmere St. Michaels Saints. There was a confident air amongst the Colron players in their pre match warm up all vying for a starting place.

As soon as Boldmere Saints kicked off the Colron snappers immediately pressed, harried and hurried the Saints players. They were under the cosh right from the off.

The relentless early pressure paid dividends with two quick predatory strikes from Joe, what a find!! In a mostly one-sided half also saw Ruben score with his usual finesse and a brace from Charlie, of course celebrating in his customary manner. The brave Saints of Boldmere
did strike twice in the half to keep the contest alive.

It’s half time and the game could still go either way.

Into the second half Colron were not prepared to take the foot off the gas. They pressed home their dominance with some lovely training ground routines, resulting in a further strike from Ruben, two from Zaine and Zac’s terrier like qualities bagging him his first goal of
the season. The Saints did however score a further consolation with a rare attack on the Colron goal. Late on Charlie powered home a penalty to score his hattrick.

At the final whistle the Colron Yellows come out on top.

Well done to all the Colron players who displayed some confident skills mixed with terrier like fighting qualities.

What a performance from the predatory Joe, receiving the deserved man of the match trophy!

Great game and plaudits to Boldmere St. Michaels Saints who made a game of it in patches.

See you next week!