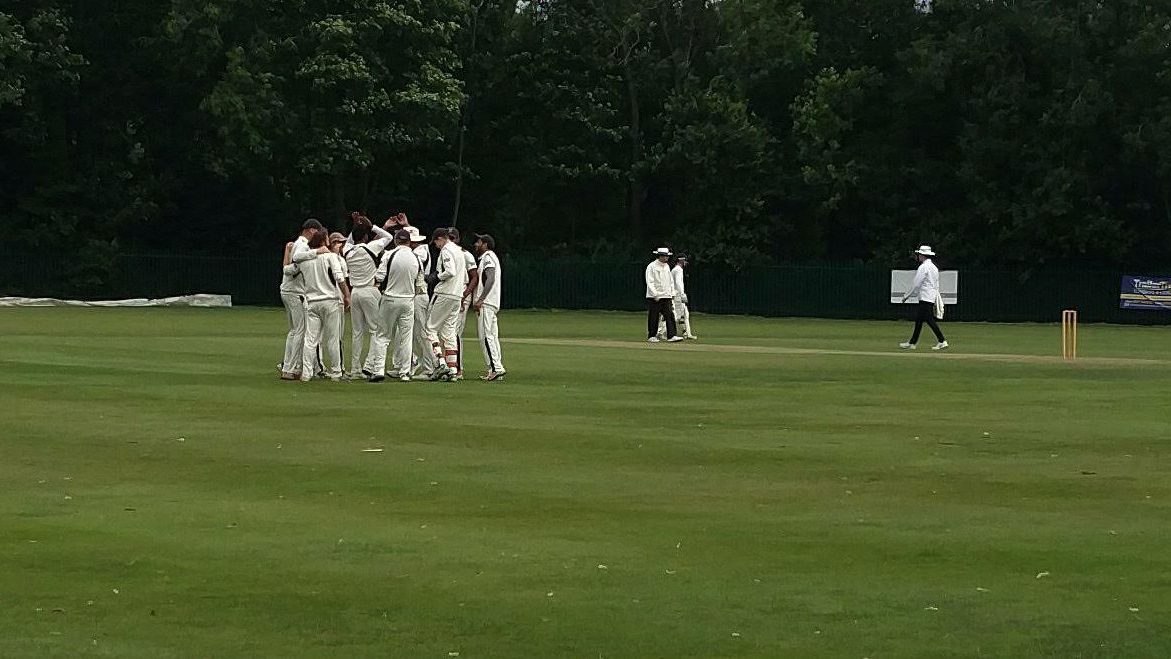 It is a relief to leave the Walmley Media Centre at some times during matches. Tales of past deeds at the wicket, at the crease and fielding while Trueman was bowling to Peter May (who he, Ricco?) tend to not improve with age, repetition and further exaggeration. One meets some interesting spectators and hears some interesting views on the current game and cricket in general when walking round the boundary. One man, someone widely admired for his wisdom, was furious that the World Cup Final was settled in the way it was. He had no doubt that there should have been a replay of the complete match when the sides were tied after the ‘magic overs’. Why not? Answers to Dave Hutchings. One also meets players, and so it was on Saturday when two I had mildly rebuked in the report of last week’s match came upon me. It so happened that both had performed rather well during Coventry’s innings and were clearly bent on reminding me of this. They had clearly forgotten that I had seen their awful batting in a 20/20 match earlier in the week. I like to think we are still friends. There was another Walmley player who I thought batted irresponsibly during that midweek match. I met his mother who sought to stop me mentioning his name by greeting me with a hug. Nice! Mr Bhatti, you should bring your mother along.

20 July dawned as a heavily overcast day with all the evidence that the match against Coventry and North Warwick would, at the least, be interrupted by heavy rain. Happily there was no more than a very light drizzle that had no effect on proceedings. Walmley won the toss and asked Coventry to bat. The innings started gently enough – 18 without loss, then 18 for 1, 18 for 2, 18 for 3, 18 for 4 (just like Sutton last week) then, wait for it, 18 for 5!!! Recordo Gordon was responsible spoiling the match as a contest with a hat trick and finished with 5 for 10 off 9 overs. Jono Newis tried to match him with 3 for 10 off 5.1 overs. The Two Mohammeds [Fahim Jan and Sheikh] took a wicket apiece. Coventry 103 all out in 37.1 overs. Mr Extras made a notable contribution to this total. Tea was taken before I had lunch.

Walmley knocked off the necessary runs with the minimum of fuss for the loss of two wickets. Roshan Balaji continued his return to form with a serene 41 not out. What else can one say? We are in the wrong league with the current side.

One further thought from the occupants of the Media Centre. There was a young man playing on Saturday named Bilal Hussain. Nothing is known about him. Does he bat, does he bowl or is he a specialist deep fine leg? Captain Waugh, next time he plays, please arrange him to field near the Media Centre so that we can make friends.