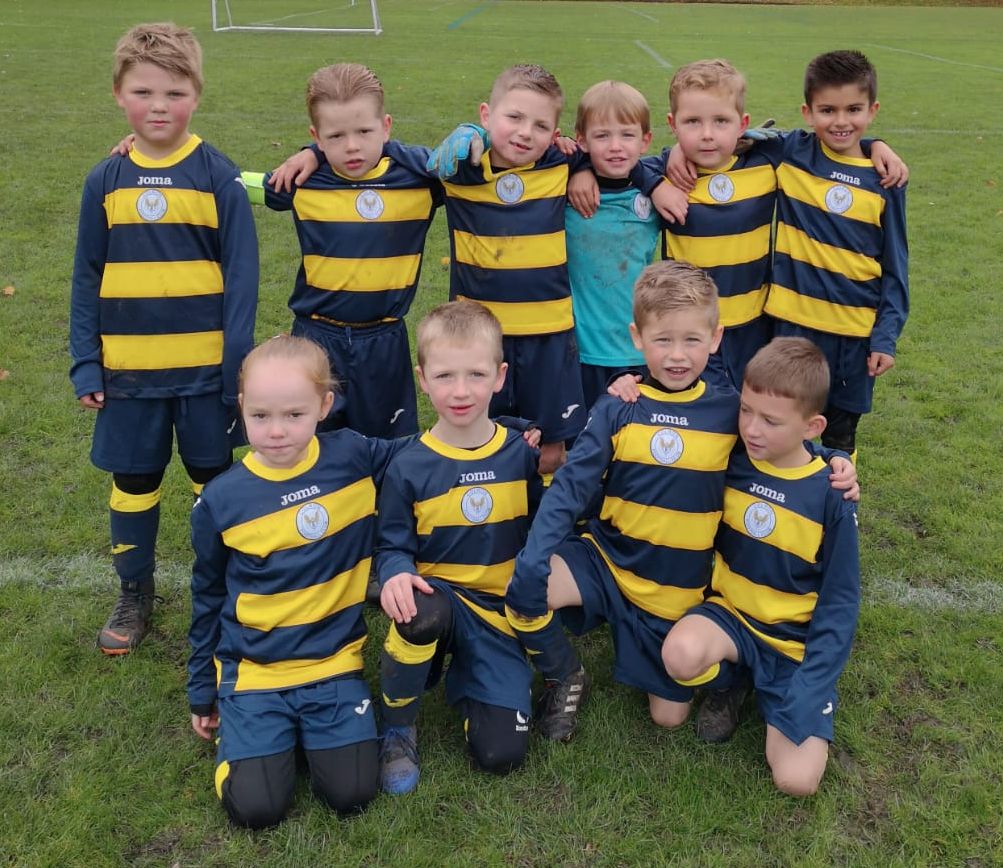 First off, let me doff my cap to Daniele from Colron Blues for having to write two match reports every week!

Cup fever hit Colron Yellows today with a change to their usual format and them requiring to play two games over twenty minutes, instead of one game over forty minutes.

First up was Boldmere U7 Mikes, who came with a reputation of being a very good passing team that was likely to bring a strong challenge to the Yellows.

The Yellows are notoriously strong starters and parents and family hoped for the same today. We went on the attack right from the kick-off, trying to force Boldmere onto the back foot and some neat play between Charlie and Zaine saw to a promising opening. Boldmere responded well, and how. Some very clever play saw their forward released through the centre and he left Joe with no chance as he despatched it neatly into the net. Not the start the Yellows wanted. We were in for a game.

Zaine showed some great spirit with some tough tackling to try to interrupt the flow of the Boldmere team and won a corner. Taken almost too well by Charlie he found the back post but no one could connect with it to convert the chance. Henry was not short of effort and harried in midfield to try to break up play and get the ball forward but the defensive line for Boldmere was strong.

Again, Boldmere broke and again, the ball fell for their centre forward. Joe was off his line quickly to narrow the angle but the power of the shot left him clutching at thin air. Double trouble for the Yellows.

Now it was a case of finding out how the Yellows would react at being two goals down so early in the match. Concerns that their heads would drop against a strong team were soon quashed though as the Yellows rolled their socks up and dug in. The game starts now! A slick move and some fantastic play from the ever-reliable, no-nonsense Parker, who found Charlie to release Zaine. Clean through and with the keeper to beat, Zaine made no mistake. He found the bottom corner of the net and the fightback was on.

With their backs up and confidence on their side, the Yellows started to play their football. Mason showing some great trickery and clever footwork, found Zaine, who in turn found Henry. Henry breezed past the Boldmere midfield and looked up to find Charlie. From a very tight angle, Charlie despatched a right-foot thunderbolt, which left the keeper stranded. It kissed the inside of the post and bounced over the line. We were level.

On came Ruben, who was back to full health to add some presence to the Colron midfield. He looked keen to make up at being unfit last week, showing some great skill to beat a couple of defenders.

Charlie was carrying on where he left off last week, with a hardworking display and doing his best for the team. Mason was combative in the midfield and Parker was doing his best to hold the backline together. Henry was showing patches of his usual speedy and effective self – but it has to be said, that Joe in goal was currently keeping the scores respectable, making several great saves, as Boldmere was applying the pressure. Just before half time, a speculative effort by a Colron midfielder took a huge deflection off a defender and it left Joe with no chance to find the corner of the net. Half time and Colron Yellows trailed.

Joe, again into early action making a very fine double save as Boldmere started the half impressively. Henry, who was looking jaded, came off for Zak who was under strict instruction to stay up front, to try to stretch the Boldmere defence. On came Tommy and Millie too.

Tommy showed some really determined play in the middle of the park and was looking to get his head up as often as he could to try to find a pass that unlocked the Boldmere defence. Reuben too, interrupting play and showing great skill to beat lots of Boldmere players. Guilty maybe of not making the final pass on a couple of occasions – but his style of play is so good to watch.

Boldmere went forward again and scored another goal. And the Yellows looked deflated. Zak looked sharper than ever upfront though and when Ruben fired a ball through to him, he controlled it well and turned to face up the Boldmere goalkeeper. He took his chance well by finding the bottom of the net and the Yellows were rejuvenated again.

An end-to-end game and Millie was in the thick of the action. A neutral spectator over my shoulder remarked, “it’s so great to see a girl playing with the boys – and just look at her go, she is brilliant!” It’s safe to say that she has gained a new fan over in Bournville!

Back to the game and Colron was on the front foot and Ruben struck a great goal from a corner. We were back level! Parker and Mason really were giving everything and Joe still had plenty to do in goal. Millie working tirelessly and Zak was giving it his all upfront. Two weeks on the trot now, we have conceded late goals – and my nerves can’t take it when we are level with only seconds to go. But lightning struck a third time – and Boldmere scored a late goal to clinch it. The Yellows were disappointed – sure, but the spectators on the side knew that they had just watched the game of the day between two teams who went head to head. A well deserved and enthusiastic round of applause greeted both teams and perhaps, on balance, the result was deserved

You can find the Match 2 report here.