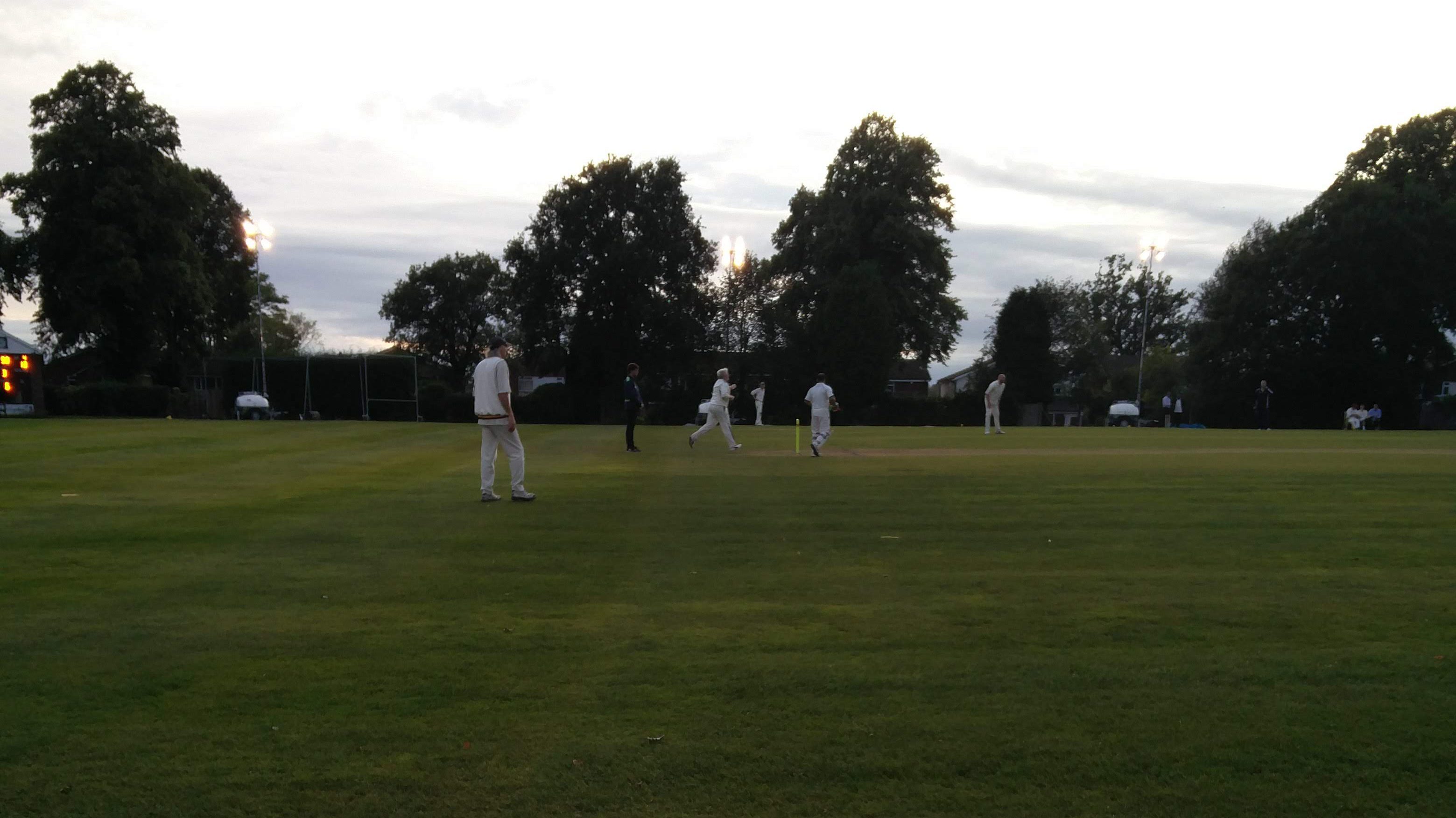 Aston Manor were played two matches on Thursday, the first in the main competition followed by an over 40s match.

At a little over a run a ball needed, Vinay Thakur (32) and Hamza Nadeem opened the batting for Aston Manor and quickly took charge scoring an opening partnership of 59 off 28 balls until Greaves got the breakthrough. Nadeem (52*) went on to score the winning runs off the 78th ball with a 6 which completed his 50. Manor win by 8 wickets.

This means that Aston Manor plays Tamworth and Nether Whitacre plays Walmley in the semi finals on Friday evening.

Walmley Over 40s vs Aston Manor Over 40s

Gerry Mulholland and Amjid Kayani (35 off 20) put on an opening partnership of 50 for Walmley before Mulholland was run out. Craig Hutching came in next and showed where his son gets his explosive batting style from, scoring 25 off 13 balls before returning to the pavillion. The other batsmen threw in a few runs a piece before the 100 balls were up, leaving Walmley 15 short of Aston Manor’s score. Walmley 126-7.