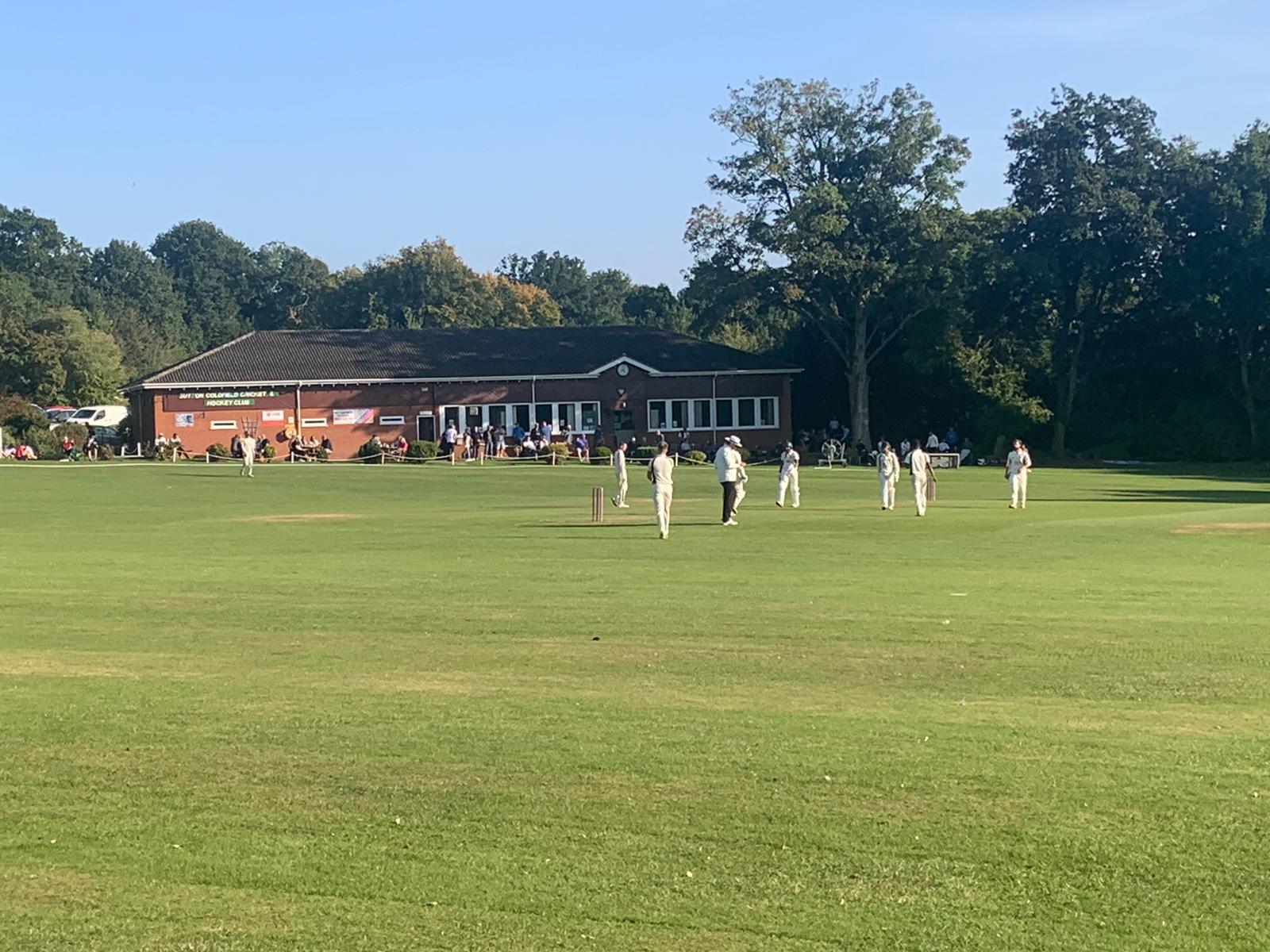 Walmley made the short journey down the Walmley Road to Rectory Park for the final game of their 2020 season. Having lost their last 5 games, the troops were lacking confidence and when skipper Jonathon Newis lost the toss the Whammers were put into bat on a track that had more than a tinge of green.

Thankfully, one man has shown good form, and yet again Callum Herron saw off the opening bowlers. Young starlet, Yusuf Khalil, managed to keep his wicket too and the opening pair were both together to see the first change bowler for the first time since we hosted Sutton. 47/0 (16 Overs)

However the run rate had been kept in check and it took the introduction of Sachin Dubb (25) to give the innings some impetus. With the talented all-rounder looking set, he fell to the strangest of decisions as a full bunger hit him waist high but the umpires decided it would have hit the stumps. 90/2 (27 Overs)

In a bizarre twist, at the 30 over mark we were in exactly the same position, (98/3) as the previous week against Attock. This time Herron and Hoffman (48) took their partnership much deeper than last week. They clearly like batting together and put 100 on for the 4th wicket, the first century partnership of the year.  167/3 (40 overs)

Opener Herron (113*) remained right up to the end and for the first time this season we had a century to cheer. Skipper Newis made a cameo but he must have been chuffed that he was not required and the batting unit had done their job.

In light of recent performances, this was the best batting display for a long time. 218 felt defendable but the Sutton attack had done a good job to keep a lid on the run rate until the final 10 overs.

Recordo Gordon (2/29) opened up and had one back in the hutch with his opening over. An aggressive spell brought a second success and things were looking bright on a sunny afternoon. However, it was clear that the Sutton batsmen were eager to play their shots and found the boundary frequently.  60/2 (10 Overs)

Dinuk De Silva (1/45) bowled an attacking line and created chances, but the runs continued to flow far too freely. With no apparent option to stem the run rate, the visitors needed to take wickets and the chances that were presented were missed. 159/3 (27 overs)

This was fatal and Lee Thomason completed back to back centuries against Walmley, having reached 3 figures at Eldon Drive earlier this summer. Dubb (1/26) couldn’t take the wickets necessary and Sutton reached their target with more than 6 overs to spare.

For what it is worth, Walmley finish in 4th place, just above our local rivals. More importantly, many young players have had the chance to cut their teeth at this level. Playing at this standard is a brutal breeding ground and hopefully it will give this group a valuable insight into areas to work on over the winter.

Keep an eye out for the season review and top performances. I would like to take this opportunity to thank the club for the opportunity to score this season. It has been a pleasure to see what talent the club has first-hand and has given me the urge to see if the whites still fit.