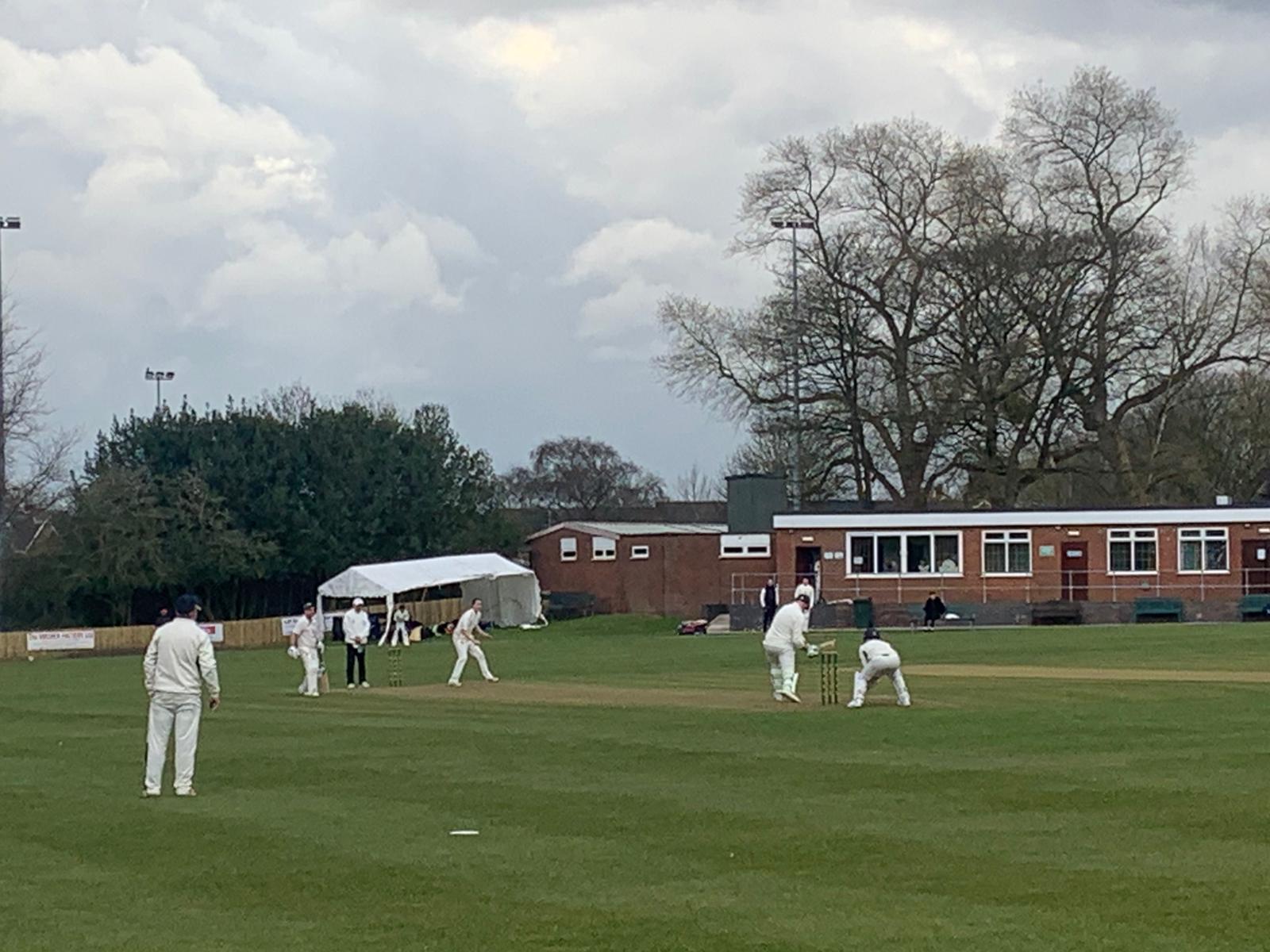 Unfortunately, due to a prior commitment, I was unable to get to the ground until 2pm. At which point the home side were in the middle of 4th wicket partnership that looked to be taking the game away from the Whammers. I missed an excellent opening spell of bowling from Shailan Srikanthan, who despite not taking a wicket, bowled economically to concede only 22 runs from his 9 overs.

In the arctic conditions, Walmely’s young side looked flat and bereft of ideas as the Pelsall batsmen dispatched the bowling to all parts. With the score past 200, it was down to the impressive Devin Fernando (1-55) to break the partnership. This wicket clearly gave the team some energy and when Dan Bromley made a tumbling stop at point to save a single, 2 wickets in the same over from David Clough (3-54) followed and brought the visitors back into the game.

With the game in the balance, the lads missed several chances to dismiss the set batmen and the runs continued to flow, despite a wickets falling at the other end. Jay Martin (2-45) and the evergreen Bromley both forced run outs in the closing overs as the Staffordshire club took risks.

With a required run rate of nearly 6, the Walmley openers started quickly. Alex Gower in particular played some elegant shots that his illustrious left handed namesake would have been proud of. Ably assisted by the stubborn Armand Dubb, the openers put on 27 in the first 4 overs before Gower fell to one that kept low.

This brought Bromley (68) to the crease, who after facing a big appeal from his first ball, batted with patience to keep the away side up with the run rate. Ethan Guinavan (29), who had earlier capped an impressive keeping performance with 3 catches, proved the perfect foil and the pair put on 77 for the 3rd wicket.

With plenty of batting left in the pavilion and 2 set batsmen all looked set for a thrilling finish. However three quick wickets and yet another substantial downpour put pay the day’s cricket as the captain shook hands at the end of the 36th over with no further play possible.