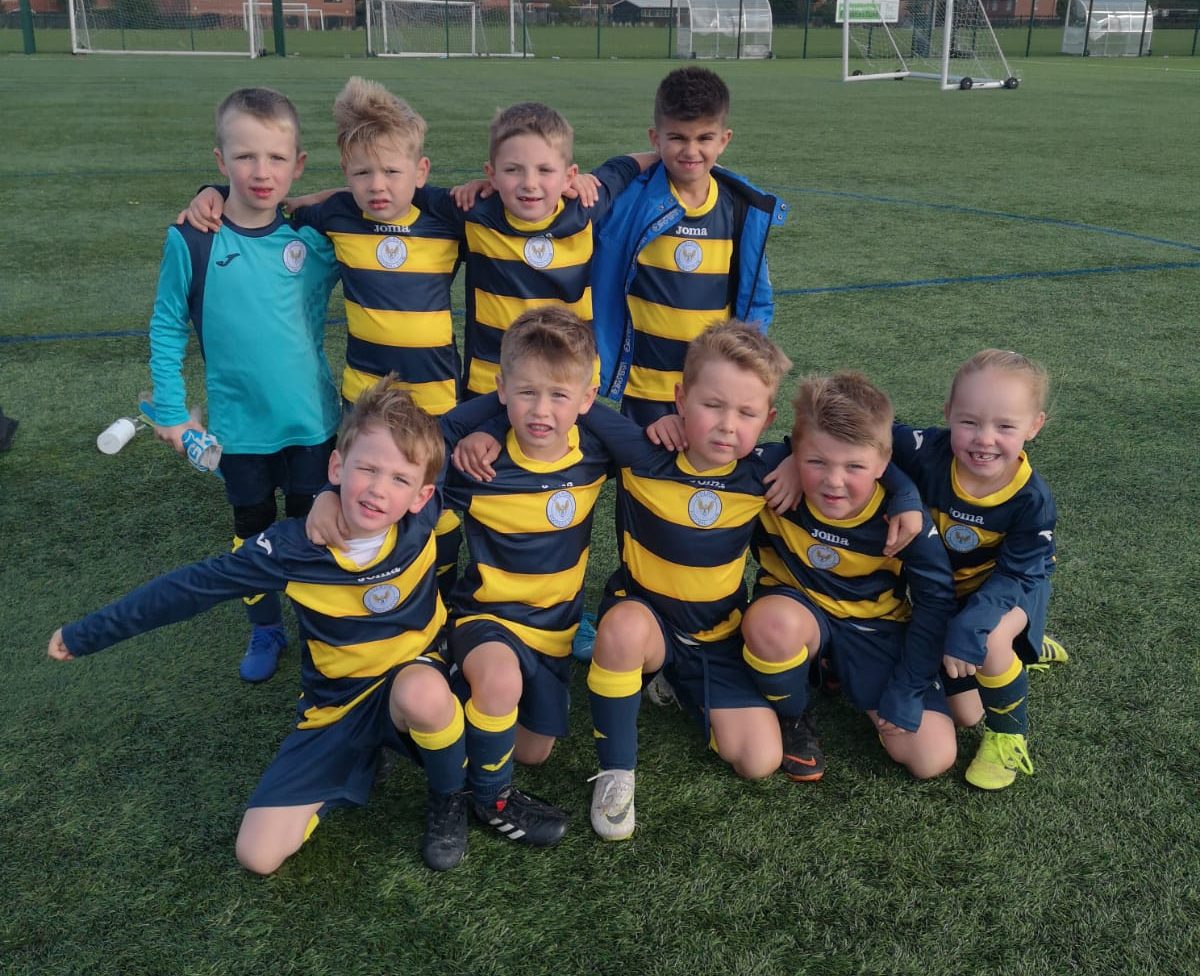 Yet another fixture is upon us and due to excessive rain the match was played on 3G, and for the first time this campaign it was an afternoon kick off.

Arden Forest won the toss and it was the yellow and greens who kicked off and they were straight on the attack. Both teams seemed to be camped in the Colron half as Forest pressed and pressed for an opening for what seemed like an eternity. Colron stood firm and although they struggled to clear their lines they were launching into tackles left, right and centre and holding firm. The Colron faithful were all hoping this wasn’t going to be the story of the match and they then got the response from the team they longed for. They steadied themselves and got hold of the ball and started to play themselves out of trouble and in turn putting pressure on the opposition. Henry and Charlie started to have an impact in an attacking sense and after some good link up play and snap shots Colron were coming into the game more and more. As the ball broke to Reuben midway in the opposition’s half he found himself one on one with the defender and with little fuss he went round his opponent and found the bottom left hand corner. Arden launched another attack and got snubbed out by the again impressive Parker and Zak in goal. Colron showed some great composure on the ball, picking passes and little 1-2’s all over the pitch. Reuben then found himself bearing down on goal and netted his second into the same corner. We saw a couple of substitutes arrive on the scene and it was Zaine’s turn to look dangerous, only to be denied by the post after a stinging shot had the keeper beaten. Joe and Tommy were starting to make their mark on the game and it was Tommy who netted next, direct from a corner. The dubious goal committee have awarded it to Tommy but discussions between Tommy and his grandad will go on long into the night over whether he meant it or not. Arden then launched some attacks of their own and found the target twice in the last few minutes of the half.

We saw more changes for the second half with Joe in goal. This half appeared to be a lot more open with a lot more attacking on show. Both sides had chances and at times both teams appeared to have forgotten they needed to defend, but a few calm words of wisdom from the gaffer soon had the team back focussed. A beautiful flowing passing move from Colron resulted in Charlie skipping past his defender and sending an unstoppable strike past the despairing keeper. A couple of mesmerising runs from Parker reminded us he is more than just a tackler but unfortunately Colron couldn’t find another goal. A few more changes and we saw Millie and Zak on the field. Millie got herself into some excellent attacking positions and was unfortunate not to get on the end of some promising attacks. A few Forest attacks saw the best of Joe coming off his line and closing down the attackers and when he was beaten Reuben was there to clear the ball off the line. Two late Arden Forest goals meant a share of the spoils in a very entertaining but nerve wracking game. Overall Colron looked the better footballing team and had the better possession but just couldn’t seem to find the final pass or shot as easy as the last few weeks.

Five matches into the season and the team are certainly starting to gel and look for each other more and understand the game and the need to move the ball around. Into next week when hopefully the yellows will make their official home debut.