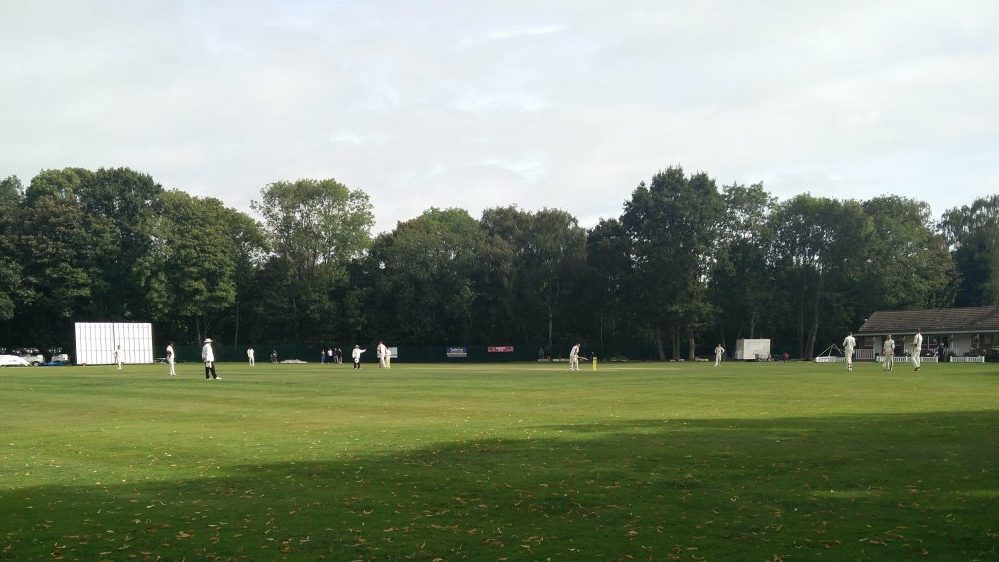 While Saturday had been continuous sunshine, Sunday was cloudy and discussions in the media centre showed concern when the odd patch of blue appeared failed to clothe a Dutchman and he spent the day in his underpants. There were more spectators for this match than had been seen previously this season.

The enthusiasm with which both Walmley and Pelsall players warmed up before play started suggested strong words had been spoken to both sides. A win for Pelsall would almost certainly result in their promotion and would condemn Walmley to another season in the Warwickshire League. All to play for! Captain Waugh won the toss and asked Pelsall to bat.

Pelsall were dismissed in the 41st over for 153. Jamie Hall took 5 consecutive wickets to take the heart out of the Pelsall innings and he was backed up by Dinuk de Silva who stood up well to attempts of rough treatment to take 3 for 30. Jamie is now getting just reward for his bowling throughout the season now that the opening bowlers appear less greedy.

Walmley knocked off the necessary runs in 35 overs with few alarms. Dan Bromley was able to show off a bit after his Boycott imitation of the previous day with 32, but the majority of the runs were scored by Roshan Balaji with a mature 71 not out helped by the perpetual Sancho Panza, Captain Waugh (24*).

I will leave it to the Secretary/Scorer to detail the points situation, but it is my impression that a half decent winning draw next Saturday at Halesowen against Astwood Bank will see us in the Birmingham League next season in the company of Wem.

A maximum of 24 points are available for a win which means that if Walmley gets at least 15 points from the match on Saturday against Astwood Bank they can’t be caught and will be promoted back into the Birmingham League along with Wem (assuming Wem get at least two points and it’s very hard not to!)