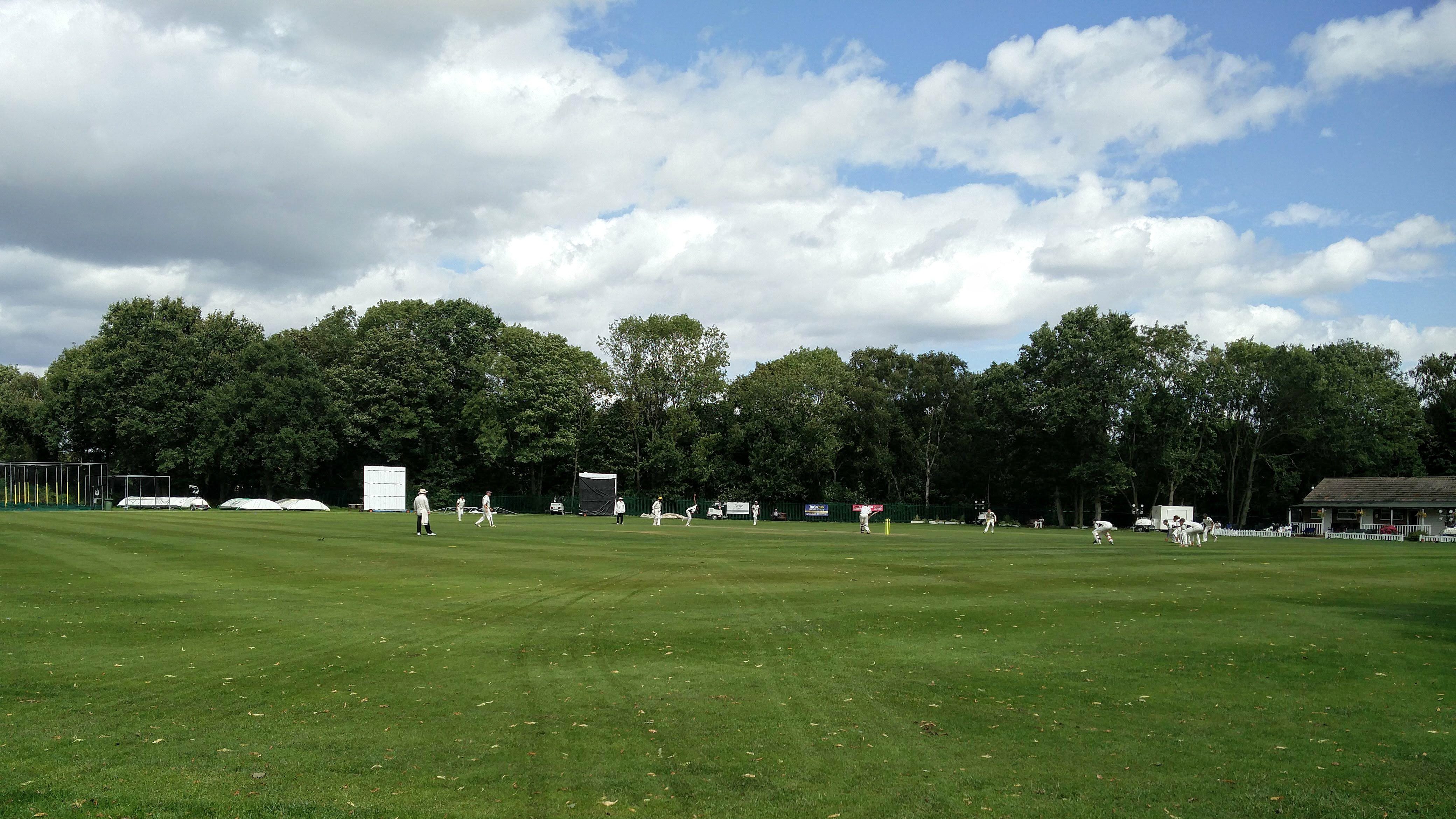 Readers will know that I am keen to give accurate descriptions of the matches on which I report. I have in the past regarded the Warwickshire League website as a useful aid to my memory. Alas, I have been misguided. When I went to that source to check some minor matter I read that play started at 12 noon. Wrong! When I arrived at the ground at 11.45 in glorious sunshine I was greeted by the Oldest Member (OM) with the news that he had an ear infection, he could not wear his hearing aids, he was stone deaf so please shout and that the umpires had told at him that the ground was suffering from ‘elephants afters’ and that players might slip and hurt themselves. I would have put it down to rain, but someone had clearly seen the elephants that had dropped in to relieve themselves. I had thought Dumbo was a fairytale.

Anyway, the OM and I settled down with our chairs sinking in afters to watch four candles plunging forks into grass and towels being wrung. In due course, the umpires agreed that traces of the elephants were now sufficiently miniscule for play to start at 1.30pm in a match of 38 overs in an innings. If the website is to be believed Walmley won the toss and asked Handsworth to bat.

Handsworth are near the bottom of the league, so not a lot was expected. Waseem Mazhar, who opened the innings, batted competently and scored 60 runs before he was sixth man out with the score on 106. Had it not been for a ninth wicket stand of 37 the score would have been even less impressive than the final total of 146 for 8. Dinuk de Silva was the pick of the bowlers with 4 for 25 off 7 overs. Had an umpire shared the view of his father, an honest, impartial man, that one batsman had not offered a shot, he would have had a hat trick.

Jamie Hall bowled 11 overs straight off with little luck. A reliable source told me that at tea he was ‘knackered’. It seems he had been to the gym every day in the previous week. The part he played during the Walmley innings is, therefore, to be commended, for its spirit and devotion to duty, even if the efforts were minimal.

Those who read the report of the recent game against Attock will recall that Mr Sheikh was run out off the second ball of the Walmley innings. I usually have a phone call from the OM during the week in which he lectures me on what he regards as the important features of the previous Saturday’s match. On this occasion his views on Mr Sheikh were not suitable for reproduction here. Suffice it to say, he was disappointed. It was, therefore, with some interest that I watched Mr Sheikh call two runs, both of which would have seen that gentleman run out by a furlong or so had the throw been better. Both runs were greeted by the OM with a cry of approbation – GOOD RUN! At this point there was some discussion in the Media Centre about whether Mr Sheikh and Dan Bromley could run a three. There was certainly no thought when a very long two was staggered. The athleticism could not last and a runner was sent for. From the tent came the knackered Hall.

What a waste of effort! Mr Sheikh had no intention of using his runner. Fours flew all round the ground but the fun could not last. He was caught on the boundary for 55 out of an opening stand of 75. Hall had not moved from the spot while all this went on and he was happy to walk off and share the applause. The rest of the innings was rather uninteresting. Mikey Waugh (27*) and Sarmad Bhatti (34*)completed a traditional 7 wicket win that differed from previous stands between these two in that Mikey was not eclipsed by the expected brilliance of Sarmad.

This win and Attock’s defeat of Bedworth means that Walmley now have a 19 point lead at the top of the league.

There were certain matters that arose in the Media Centre that are worthy of recording. We had a visit from the Memorial Gardener (MG) and his assistant the Sexton. In the course of conversation it emerged that the Sexton is an economics graduate. MG opined that all he needed to know was summarised by that fellow in Chaucer’s play Hamlet – Mr Micawber. It was thought that this was not quite correct but because Dickens was Shakespeare’s son and was married to the Wife of Bath it was all in the family, so nobody need worry about the details. The Marathon Walker in Shorts (MWIS) has been suffering from gout as a result of abstinence. (That is his story.) The Honest and Impartial Man (HAIM) mentioned above will be teaching his son to bowl an orange.

Stratford – look out! We are coming.

I was a little mystified by the flock of flying elephants which had left afters when they landed so after the game I asked the umpires for elaboration. The OM’s hearing was the problem. Health and Safety!