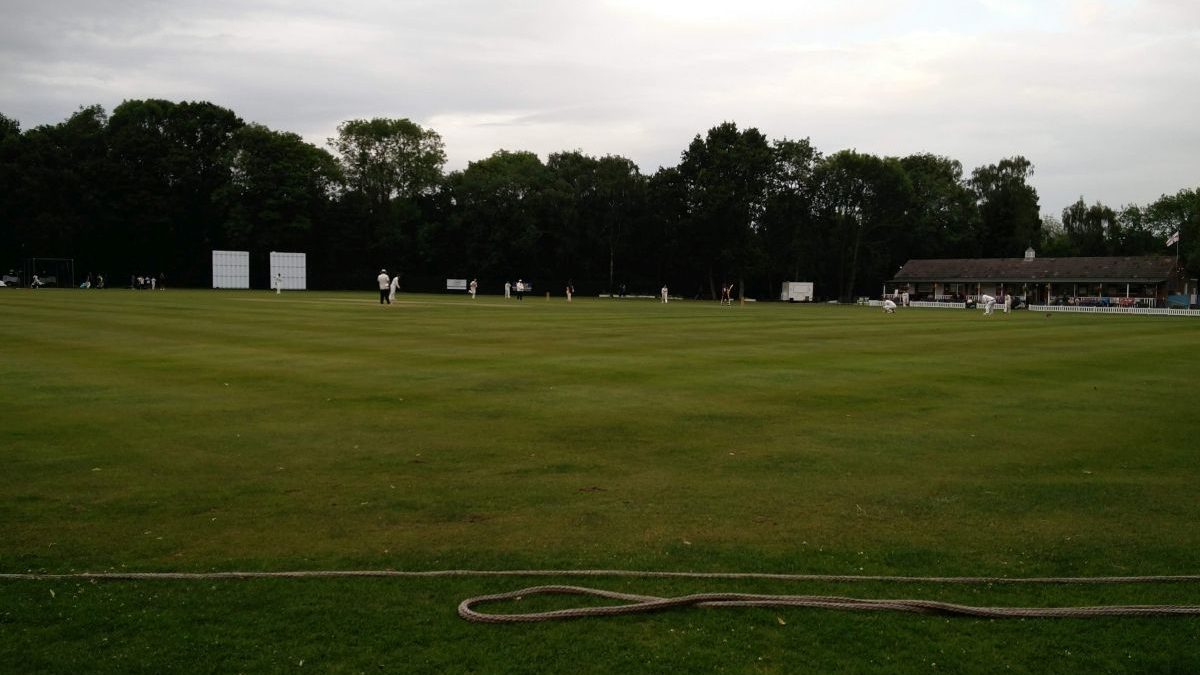 On a rainy Wednesday evening, Walmley fielded a rather mixed team containing players from the 1sts to the 5ths to take on Solihull Municipal. Walmley won the toss and put Solihull in to bat. Openers Ricky Gordon and Mikey Waugh got off to a great start with a wicket each in their first over. Solihull were 2 for 2. Unfortunately this didn’t last and Solihull managed to put 136-8 on the board.

Walmley got off to a slightly better start, but the regular first team players didn’t seem to want to stay at the crease, giving their wickets away for not so many. In came captain, Mikey Waugh who outshone the other players with a tremendous captain’s innings, including a 50 partnership with Max Southgate, bringing victory within reach.

With the score on 124-9, and captain Waugh on strike, the game entered the last over. Kiefer Woods and Waugh scampered for a quick two, followed by a dot. The next ball flies over deep extra cover for six. Next is a dot and another quick two. Final ball, two needed to level the scores, three to pass Solihull’s score. The rules of the competition state that if scores are level, then the score at 10 overs is the decider. Walmley were ahead at 10 overs so just two needed to win. The last ball of the match is bowled, Mikey dispatches it towards the boundary, and it’s straight into long on’s hands. Solihull win by 2 runs. Mikey finished on 69. Alex Roslyn 4-0-26-5.

We wish Solihull Municipal all the best for the rest of the competition.