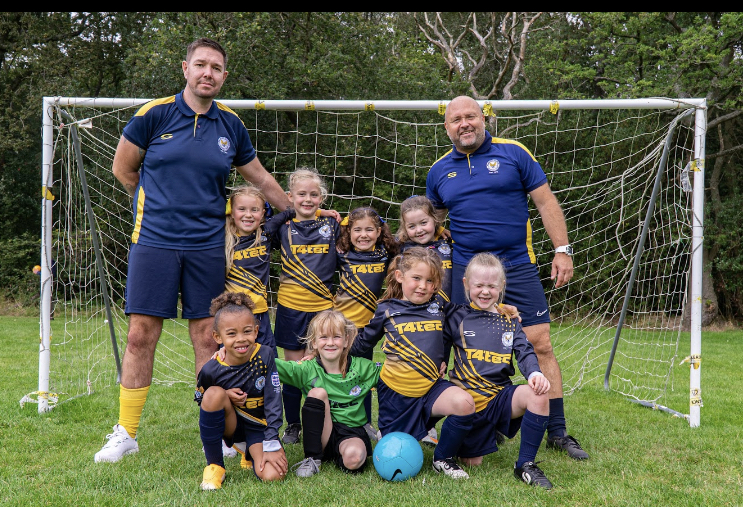 The very first game of the league for this team had a buzz of enthusiasm and excitement today. Although S J B dominated the possession in the first half, the Walmley Colron Girls are defending incredibly well, and any shots on target are being saved incredibly well by Lilly.

However, eventually a goal put S J B in the lead and put pressure on the Colron girls. With Kaya and Phoebe getting several good runs to the S J B half, it seemed that an equalising goal was on the way. After a handball by S J B in the penalty box, maybe this would be the turning point for Colron. Phoebe defiantly stepped up to take the penalty shot but it was saved by the goalkeeper of S J B.

With the sunshine blazing on the team and no substitutes today, the girls started to tire but continued to push on. Harriett consistently defended the goal alongside Mila. The S J B team put pressure on with corner kicks and a few more shots on target in the second half but these were fantastically saved by the fearless Lilly.

Although Kaya and Phoebe both ran together down the wing to fight for a draw, they couldn’t get their shots past the goalkeeper of S J B.

I would just like to congratulate the team on a strong effort today. With the warmer temperature, the lack of substitutes and being brand new to the league, they still managed to keep the opposing team’s goals to a minimum. Their enthusiasm for the game and tenacity is clear to see. Well done girls!