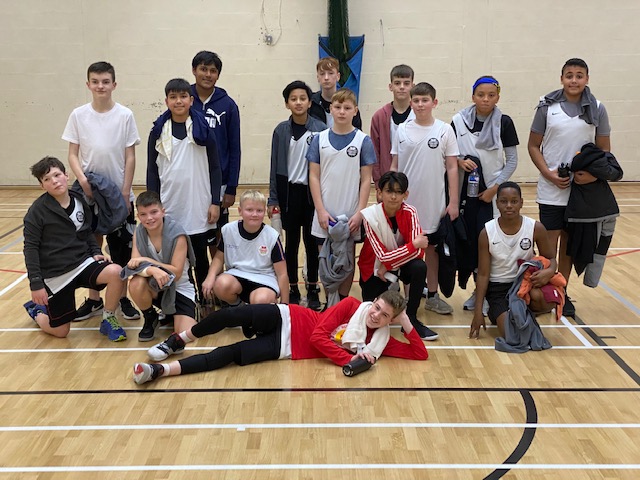 On Saturday 26th January 2019, Walmley Basketball Club had its first training session. In April, we were very lucky to be joined by former Birmingham Bullets player Paul Douglas, who took over coaching.

Since My introduction into the Walmley Basketball Programme we have talked about the Saturday group playing in a competitive game so it was great to see players from those first sessions finally suit up and play.

Today’s team was a mixture of both sessions with 16 players attending. Our opposition was City of Birmingham which was made up of their fringe players from their u12 and U14 squads.

The game was four quarters of 12 minutes with the aim of rotating 5 players approx every 3/4 minutes. I was looking to try and keep the majority of the players on the court the same as the groups they train with, apart from the final quarter where I just subbed players in and out to mix up the ability levels.

I was very surprised in how well they adapted after a slow start and I put this down to nerves. With playing against a very experienced team who train and compete on a weekly basis I felt we showed excellent progression and what they are capable of as a group. My plan of working on each players individual skill at the sessions rather than team play had its disadvantages overall but I felt that the players felt more comfortable with the ball in their hands as a result of this.

The final score was 32-67 to COB but I am not interested in the result but in the manner in how they played. They could have put their heads down but didn’t and played hard right to the final whistle. The compliments from the opposition’s fans and coaches showed that we are heading in the right direction.

Have a great Christmas and I’ll see you all in the New Year.

Want to Join Us?

Coaching resumes on Saturday 11th January 2019. If you are interested in joining, please get in touch using the form below.