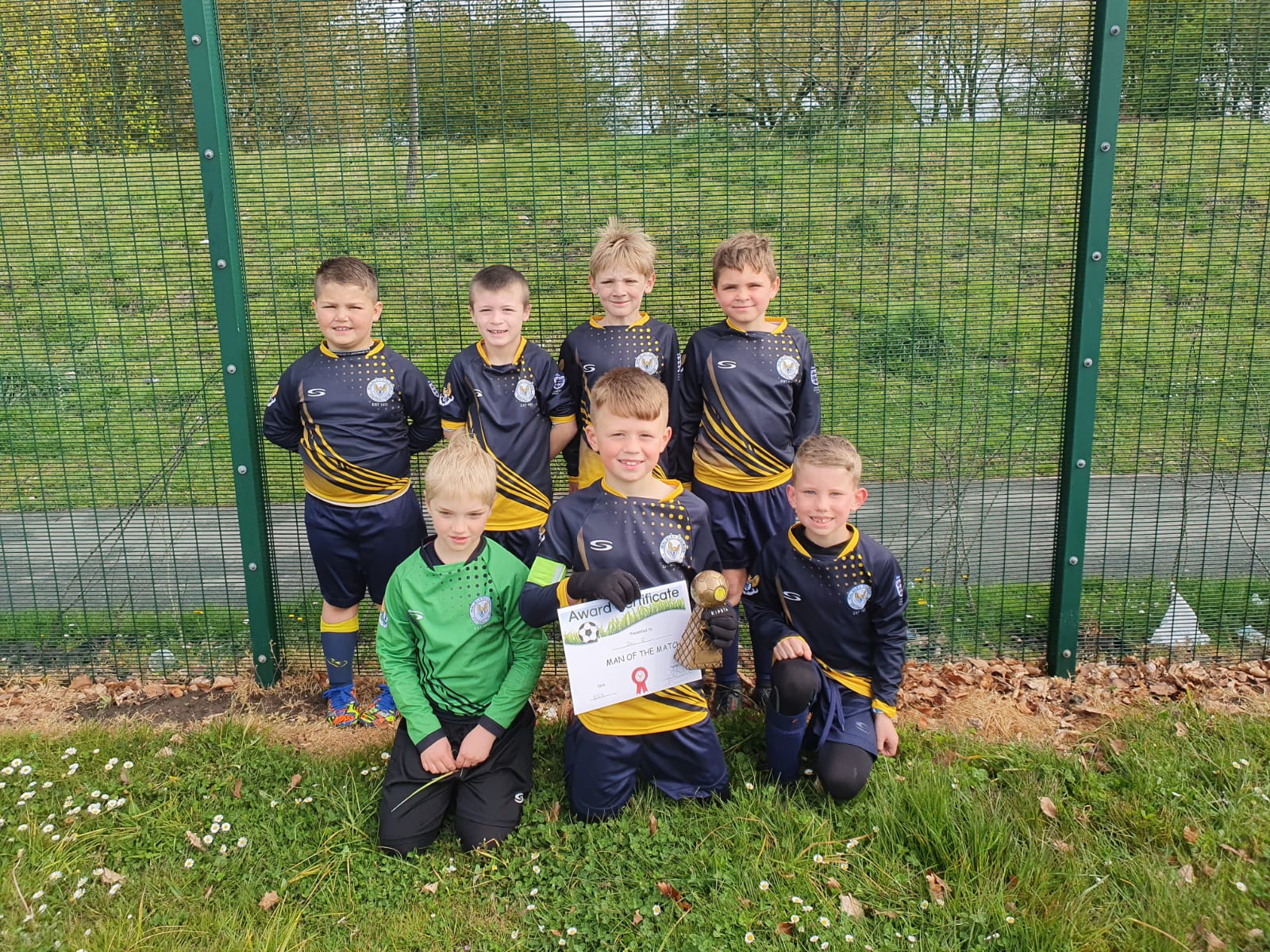 Well, a week of rain brings some sunshine in Darlaston finally and what looks like a difficult match
from the first whistle. The starting team is Zac, Jake, Owen, Harry and Jacob.
Walmley Colron defended from the off set and were aware the pressure being applied from Holy Name, but it
wasn’t too long before the boys were able to re group and make a few moves up field to have a
move from Harry saved.

Zac defended well at the back and a ball up the wing, was just short for Jake.
Owen faced Holy Name head on and tackled well defending our goal and a clear from Owen sees the
ball out.

Zac continues in defence, however makes a breakthrough and a run sees the final ball saved.

Zac makes a play to Owen and Owen to Harry, the ball is intercepted by Holy Name, Harry does not
let this lie and forces the ball out for a throw in or two up the line.

After a few passes between Holy Name it is Colron’s ball again, Jacob to Zac, to Owen to Harry but
Harry is boxed in and its going nowhere but to the Holy Name goal keeper (who is an excellent
player).

The battle continues in defence and it is a race up the pitch to regain possession. Owen takes a
throw in, but the pressure continues, and the ball is back in Holy Names possession, Zac defends,
Harry puts up a fight and Jacob makes the save.

An array of throw ins now between Harry and Zac. Owen helps to get the throw ins further up the
pitch.

Another great save by Jacob.

Jake takes a throw in leading to a run for Owen.

Back in defence sees a corner blocked by Zac for a goal kick.

Jacob makes the kick to Zac, a smooth ball to Jake, a short run for Jake to Harry sees the block- great
play boys.

And great first half Jake- even though you were in pain you fought and fought- well done, you never let your team down.

Cohen instant pressure unnerves Holy Name and his lightning feet and quick thoughts sees a ball
down the line to Harry. Gaining Harry 2 throw-ins in concession. Followed by a corner which
regained the ball to Holy Name and 2 great saves from Jacob and 1 clearance from Zac.

A throw in from Zac leads to one from Cohen and a connection from Zac sees a run forward, cross to
Cohen, who is under pressure a pass to Harry, sees Harry lose the ball but not for long, a tackle a run
and a goal.

Holy Name see the goal as a challenge and its another clear from Zac and Cohen applies the pressure
once again. Zac makes a clear, Harry runs long for the ball, makes the tackle clean for our throw in,
Zac takes the throw in Tommy is there great play and unlucky Tommy no goal- great effort though.

Zac and Tommy continue the play and Tommy is forever determined to fight and fight. 3 throw ins
later for Tommy. See’s Holy Name regain possession and a goal is conceded.

Then 3 corners for Cohen. Sees Cohen fly from the corner flag all the way up the field to defend and
a clear from Tommy sees the pressure reduced for a second. The boys defend well till the end and a
final block from Harry sees the game come to an end and a fair draw.