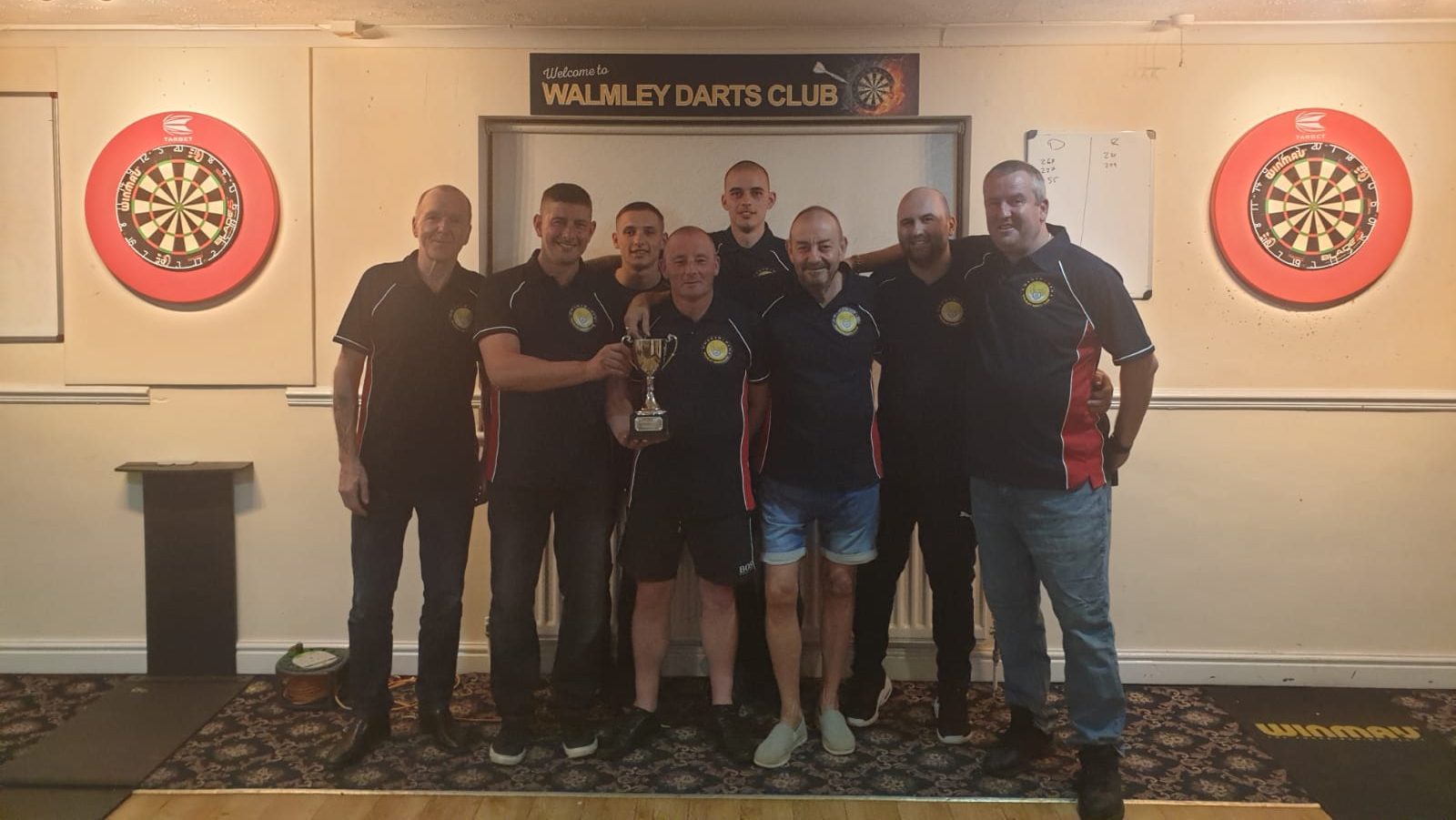 Moving the darts team to a new venue at the Walmley Cricket and Sports Club has turned out to be a fantastic move. The hospitality from all the club members has been overwhelming which we are all truly grateful for. A special thanks to Rose Chaundy for the food she provides for us every week.

So, with our first season at the club we managed to stay in the top 3 all season with only losing a couple of matches, bringing the end of the season to a battle for top position giving us a promotion.

My team played and battled all season and their commitment paid off at the end of the very last match going to the final leg. We won which then gave us the top spot and gained us a very well deserved promotion.

We are now in the top division and will keep battling next summer. Winter league should be starting around the 24th September which again the team last winter (at our previous venue) won the league.

I would like to thank the team for moving to the Walmley CSC and proving their worth in the darts league, also like to thank the club itself and the support from you all including the cricketers coming and supporting on the Tuesday nights when we are at home.

I’d also like to announce a 2nd team will be joining us next season moving from the Boot Pub to Walmley CSC, this was all down to the hospitality and the warm welcome received by all. The new team will be known as Walmley Darts Flights and the original team as the Walmley Darts Arrows.

The FODDL Summer 2019 Division 2 table is reproduced below. The team names for next season are in square brackets.