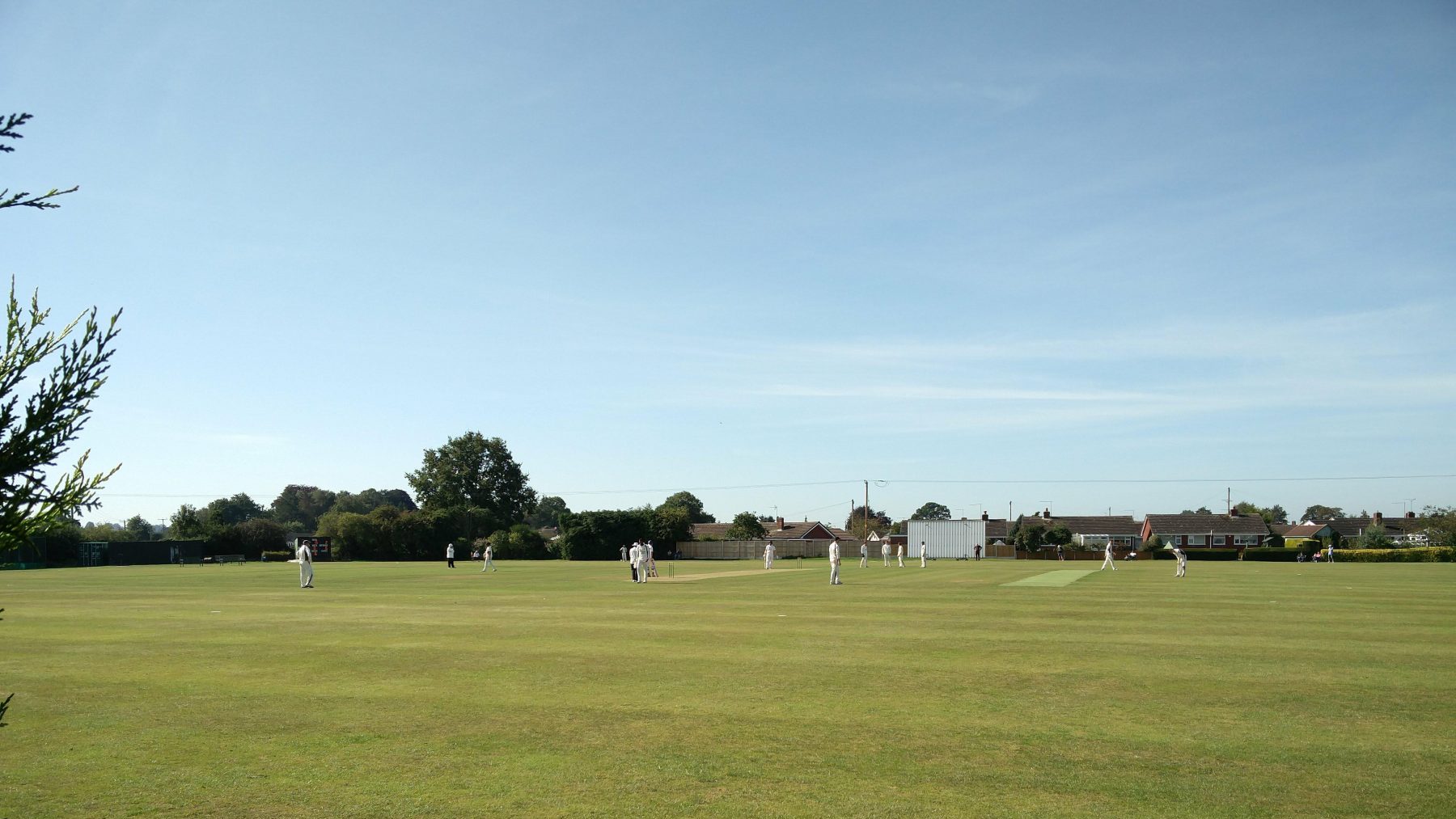 This was to be the first instalment of a triumphant return to the Birmingham League. The day dawned sunny. A cheerful, confident bunch of players and supporters boarded the team coach. There was a happy atmosphere on the journey to Wem and the welcome at a big well kept ground did nothing to dispel a feeling of confidence. Then everything went wrong. Mr Sheikh broke down during the warm up with a sore back. I saw the corset-like garment that we apparently wears to keep his back warm. My mother would have advised he replaced it with a wrapping of red flannel with goose grease underneath. Jordan Hoffman took his place and showed off his tattoos. My only previous contact with seagoing personnel is Popeye. He made do with a single anchor on one arm.

There is little to report about the game to the credit of Walmley. To Walmley spectators Wem appeared a pretty ordinary side that did no more than take gentle advantage of the feast that Walmley spread before them. Walmley won the toss and asked Wem to bat. They then scored 195 for 9 without apparently needing to break sweat. It is understood that their opening stand was far and away the best of the season and 195 was well above par. In writing of the Walmley bowling I will say no more than that Captain Waugh and Jamie Hall both took 3 wickets: the former in 15 overs, the latter in only 5. The general opinion among Walmley supporters was that they had scored about 30 more than we should have allowed, but the wicket appeared devoid of any devils and 4 runs an over should be achieved easily.

Players will be happy if little reference is made to what followed. I will mention only two names. Dan Bromley batted all through the innings without appearing in any difficulty to finish with 53 not out. Fahim Jan batted for what seemed forever at number 11 to allow Walmley to achieve a miserable 111 for 9, which included 18 extras. At least we finished with a losing draw, helped by Wem believing until the last 4 or 5 overs that it was a win-lose match.

Wem 16 points. Walmley 7 points. [Scorer: To emphasise the importance of the last wicket partnership: 3 of those 7 points were eeked out by Bromley and Jan in their partnership by taking the total past 100, which gave 1 batting point, and holding out for the losing draw which gave an addition 2.]

The mood on the homeward journey was subdued.