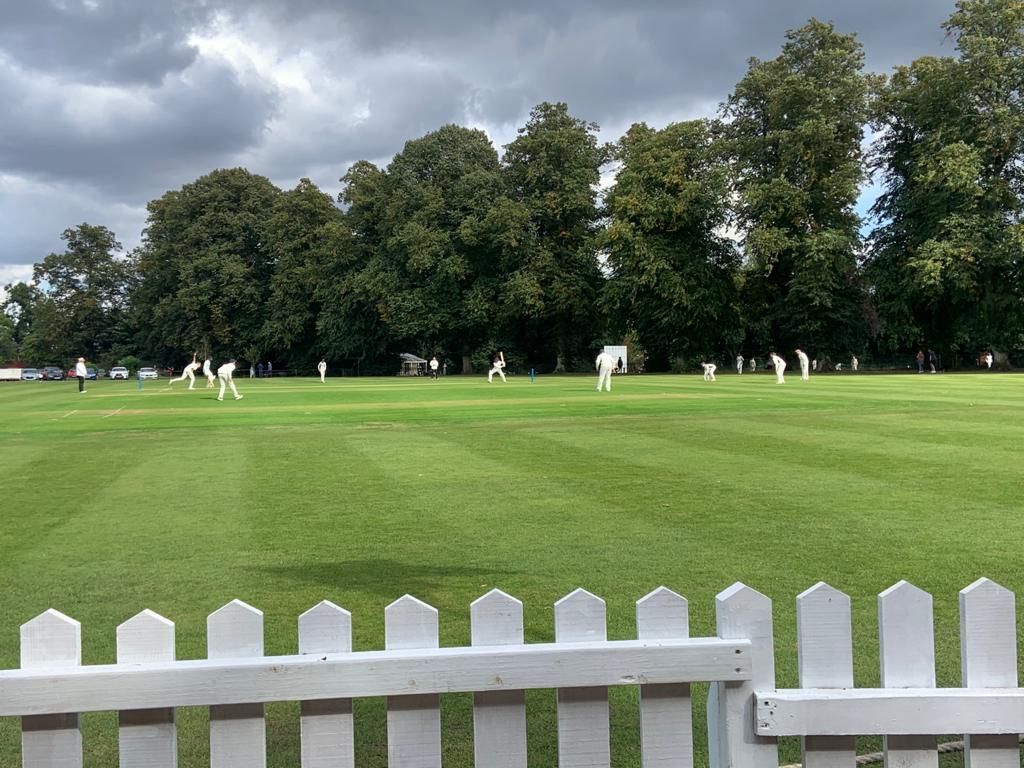 The 2nd XI travelled to Harborne on Saturday, searching for a victory that has so far evaded us this season. Walmley once again fielded an inexperienced side, with Dev Gandhewar and Yousuf Akbar on their 2s debut. The wicket was slightly green, but flat – Captain Bromley electing to bat first.

Walmley got off to a strong start, as Dev Gandhewar (24 off 23 balls) took the attack to Harborne’s opening bowlers. Dev combined with Arman Dubb for a 30-run opening stand. Dubb then partnered with Alex Gower for a partnership of 44 – Gower favouring the pull shot early in his innings. Gower continued to dig-in, however regular wickets of Dubb (18), Bromley (20) and then Gower himself (44) pegged back Walmley’s scoring rate as we approached the last 10 overs of our innings. It was down to Ethan Guinivan to consolidate with the lower order to see the team to a defendable total – Guinivan finishing on 43*. With 220/6 on the board (our highest total of the season so far) we were optimistic of our chances to secure the win.

Harborne, however, got out of the blocks quickly – seizing the momentum in the first 10 overs for no loss. Kiefer Woods obtained a vital breakthrough, however Harborne’s no.3 combined with their existing opener – both scoring half-centuries. Walmley attempted to wrestle back the initiative through spinners Kiefer Woods (3-54), Max Southgate (1-48) and Shailan Srikanthan (0-35), however the runs at the top of the order had got Harborne to the finish line – with their middle order finalising the result.

So another game, another loss, however we learn from our losses and come back a stronger side next week.